How to Avoid Injuries 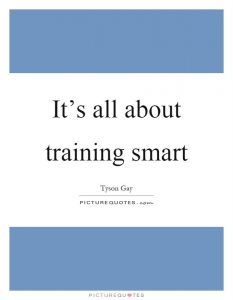 We’ve all dealt with injuries at one point or another in our lives.  Maybe it was just something minor that hindered your ability to do minor activities or perhaps it kept you out of work.  I’d like to focus on the ones that keep you from doing certain parts of a workout, or God forbid from even working out entirely.

Let’s face it…getting hurt/injured can really suck.  Most of you know I’ve been dealing with a severe injury for the better part of a year now.  I won’t go into much detail (because that’s a story for another day) but long story short – I attempted an odd lift with heavy weight and I rushed it.  My form was a little off but with the weight I was holding that was all it took.  At the time I was actually more upset about missing the lift than hurting myself because I didn’t think it was that bad.  Little did I know it caused structural damage.

For the next few months I tried to let it heal on its own.  It got a little better but the healing eventually plateaued.  I even tried testing it out a couple times only to aggravate it and set me back a few steps.  Over the next several months I sought medical intervention.  Almost a year later I’m starting to see light at the end of the tunnel.  It didn’t have to take this long but I went about it in a wrong way.

Here are a few ways to help prevent injury.

In the case you do get injured it’s very important to be smart about it.  Yes it’s very frustrating to not be able to go full speed or not work out all.  Don’t rush your return.  It could keep you out even longer than initially thought.  Also seek some type of medical attention if it’s severe enough.  We’re athletes engaging in fitness, but we’re still human.  Mistakes happen.  It’s up to you how you progress or how slow you regress due to an unfortunate incident.  There’s also all kinds of resources at your disposal to help you out.  Now get back in there and keep being awesome.