I know we have all heard it before- “Attitude is everything.” The importance of this was illustrated to me once again this weekend, though. A group of us had gone to Atlanta to coach Cooper Brown in his very first National-level weightlifting meet. This is a big deal for a lifter of any age,& much more so for a young lifter Cooper’s age. Compound on top of that the fact it was his first national meet, & only his second weightlifting meet ever, to say it was a big deal would be an understatement. There had been a lot of time & effort, blood, sweat, & tears put into getting prepared on his part, his families part, & us as the coaches part as well. To make a long story short, Cooper was overweight, & the rules would not allow him to move up a weight class as we had previously thought he would be able to. This was a huge disappointment, to his family, to us as coaches, & especially to Cooper himself. It seemed that all the time & effort that had been put into preparing was all for nothing. After trying for an hour to sweat the last little bit of weight off, going back to re-weigh, & still being told that he wouldn’t be able to lift, what happened next was amazing to witness. After an initial moment of frustration & tears, Cooper tightened up, wiped those tears away, & said “It’s okay, guys. It isn’t the end of the world. I’ll be back next year.” 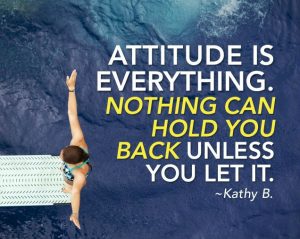 As I sat there picking up my jaw off the floor, it hit me. THIS is what it’s all about. This is why I do what I do. Sure, I love seeing my athletes, kids & adults both, hitting new PR’s in the gym. More important than that by far is when that toughness we promote carries over to things beyond the physical realm. Sure, I want Cooper, as well as all my other athletes, to hit big numbers on their snatch & clean & jerk, but to see him handle such a tough situation with dignity, grace, & maturity- it made my job as a coach seem all the more worthwhile. Very often, life is NOT going to unfold the way that we think it should. How we respond in those instances shows the types of people we are. Will we moan, groan, & pout about it, making those around us as miserable as possible as well? Or will we, like Cooper, handle is with chins held high, despite the frustration we might be feeling on the inside? If we choose the latter, then we will begin to reframe many of life’s trials & tribulations not as “good” or “Bad” but just as opportunities to remain steadfast in what we believe, knowing that, this too, will pass, & that we will remain strong regardless.